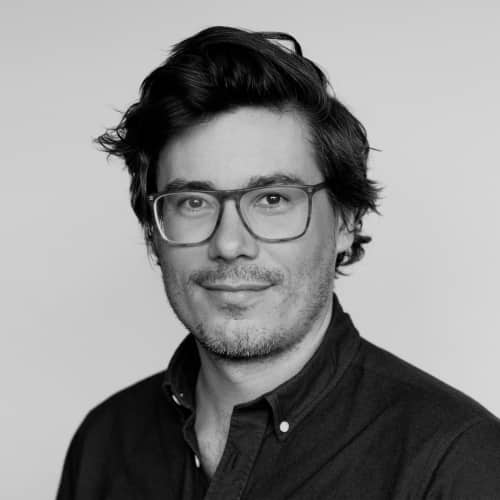 It’s also the beginning of 2023 Planning Season™ for large corporations, which means that many thousands of analysts, managers, and directors across the world are gathering data and building their recommendations for the year ahead. PowerPoint slide after PowerPoint slide are beginning their annual journey from raw data, to insight, to budget request – until senior leadership review requires that they be re-written from the ground up.

Economic, climactic, cultural, and societal uncertainty make this planning season the most fraught in recent memory. Bets placed by marketing teams will end up in a world that is likely to look very different from the one we live in today – but we don’t have a good way to predict just how different it will be.

So it’s natural that our clients have been asking us for different tools to cope with this uncertainty: “How do we make a plan today that satisfies our stakeholders, while giving our teams the freedom they need to respond to the real conditions they’ll face in 2023?”

The challenge is not to figure out how to eliminate planning – intense, thoughtful consideration of the future and what we intend to do about it is essential. Instead, the task is to manage the tension between two, equally valuable outcomes: on one hand, we need predictable coherence between our strategy and our tactics; on the other, we need adaptivity, flexibility, and responsiveness. We cannot settle for a tradeoff. We must have both.

Thankfully, we have an abundance of time-tested tools that can help marketing leaders do just that. We’ll cover one of these in this post, and the rest at a later date.

Aim to compress strategy or vision into catchy, memorable, tweet-length (or shorter!) statements.

A lesser-known skill of great leaders is the ability to encode meaning in short, memorable statements that drive action and accountability. Take this example from Eugene Wei, writing about his experiences of this phenomenon at Amazon with Jeff Bezos:

“One year, when our primary goal was to grow our revenue and order volume as quickly as possible to achieve the economies of scale that would capitalize on our high fixed cost infrastructure investments and put wind into our flywheel, the theme was ‘Get Big Fast Baby.’ You can argue whether the ‘baby’ at the end was necessary, but I think it's more memorable with it than without. Much easier to remember than ‘Grow revenues 80%’ or ‘achieve economies of scale’ or something like that.”

Compression allows strategic coherence and adaptivity to live together in a large, complex team environment, simply by helping important ideas travel further with less “signal loss” along the way.

Instead of just trying to make it work, we recommend a “hack” to make this easier for every team and leader to pull off with aplomb: try expressing strategies or plans as a series of tradeoffs between two equally good things.

This is a pretty simple exercise, but there are two pitfalls to avoid:

Pitfall Number One: Good Thing Even Over Bad Thing

"Run profitably even over Go out of business"

When an obviously bad outcome comes up, this is usually an indication that there are big problems in the business that are worth solving. But a tradeoff between a good thing and a bad thing isn’t high-quality strategic thought.

Think of it this way: on the right side of the “equation,” the goals trying to identify something truly valuable that the team will actively NOT to pursue over the next while. If and when "bad things" come up, use them as a source of inspiration for process optimization, automation, or waste-elimination.

"Flawlessly execute our three big bets (launching our new product; expanding to the next city; improving customer service) even over Optimizing existing operations"

Instead: Big bets even over Existing ops. Write down what the big bets are, and what "existing operations" means, in other documents. The goal with compression is to make something catchy and portable that simplifies decision-making. Adding more noise in an attempt to qualify the signal makes the strategy less portable, and ultimately less useful.

As mentioned, we’ll cover the remaining ideas in a coming post, but in the meantime, compress that plan into something memorable, and watch the coherence emerge. When you marry short term and long term planning the outcome is clear, spreadable, and ready for action.

How do you balance it all? My LEAST favorite question.
2023 Marketing Predictions: Trusted Publishers vs. AI Driven Predictions
As the in-housing debate rages on, here’s what CMOs can do right now to prepare for uncertain times.
Why side hustles continue to thrive, despite economic uncertainty
Why Marketing’s Love Affair with Specialists Must End
Wondering if event season is worth the hassle? Ask these questions.
CMO to CEO - Why CEO succession plans aren’t complete without a CMO
Why CMOs Must Commit to Building Better Teams
Keep Calm and Hybrid On
3 Winning Plays That CMOs Can Use to Get Ahead of the Game
A Key to Retention: Non-Traditional Offsites
A CMO's Guide to a No-Plan, Plan (Part 1)
Ad Age x Black Glass: The Duality of the CMO - The Two Halves Powering the Whole
5 Ways to Reassess the Org Chart and Prevent Mass Layoffs
4 Reasons We’re Piloting a 4-Day Workweek
The Female Quotient x Black Glass: Equality Lounge @ Cannes Lion
5 Ways CMO Can Drive Allyship During Pride Month (and All Year!)
The Positive Correlation Between Savings and Growth
Digiday: ‘It’s probably going to be a little bit tempered’: What marketers expect from Cannes after two-year hiatus
Marketing Today Podcast with Jenny Rooney: Leaning into “and” as a CMO
Ad Age: Recession-Proof Marketing - 5 Strategies for CMOs
What CMOs Need To Know About Data Clean Rooms
How to Build Highly Functioning Marketing Teams
Ad holding giant IPG has roped in a former Deloitte Digital exec and invested $5 million to launch a new consulting firm geared at CMOs
The pitch deck ad giant IPG is using its new CMO consultancy that’s trying to take on Accenture and Deloitte
IPG’s Black Glass Consulting Adds Talent, Clients
IPG's Black Glass Consulting To Launch CMO Platform, Taps Rooney To Build It
Team Transformation